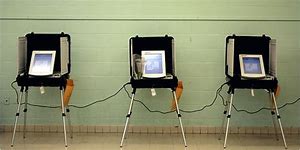 It’s a three way race for Georgia’s highest position and that race more than ever shows just how broken the process is.  It’s evolved into a race of popularity, not principles.  Truly principled candidates do not make it to the November race with one exception-Ted Metz. Ted Metz is the principled Libertarian candidate for governor.

Why might I say that?  It’s simple. A qualified principled candidate for governor for the State of Georgia will not get out of the primaries.  In fact, the truly principled candidates split their vote.  And the two names that move to the runoff?   They are more popular than principled.

Why might I say that?  During the primaries voters are repeatedly reminded that they should vote for a candidate that can “win” the primary.  And the primary is truly not about principles, but who has the greatest name recognition.  Look at the results below:

The leading vote recipient  LT. Governor, Casey Cagle received only 39% of the vote.  Brian Kemp, Georgia’s Secretary of State, received only 25.6%.  These two would go on to a runoff where Kemp eventually wins the nomination.

But be certain there were tens of thousands of votes who felt another candidate was more qualified, but voted for Cagle or Kemp only because they felt one of these two had the “chance to win”.  That’s the culture we live in.  Vote for the winner and not your principles.

Now we are facing the November election and Kemp, who only received 25.6% of the primary vote(74% of the Republican electorate thought someone was more qualified) faces Stacey Abrahms, who received 76% of Democratic electorate’s vote.

Which is why Ted Metz, the Libertarian candidate for Governor, is already being labeled incorrectly as a “spoiler” in this race.  Mr. Metz is not a spoiler.  Metz is highlighting just how flawed our system is.

What could address this issue? That’s simple.  Instant Runoff Voting. You can read about it here:  https://en.wikipedia.org/wiki/Instant-runoff_voting

You, the voter, would not be forced to compromise between principled and popular.  Looking at the results above, you would have selected three candidates and marked your preferences 1,2 and three. If no one receives 50% plus 1, then  the lowest vote recipient is removed, and if that was your first choice, your second choice is used.  This continues until one recipient has 50% plus 1.

Imagine what the vote would be like in Georgia’s Gubernatorial race if we used the Instant Runoff Methodology this November.

First, we’d have NO runoff and campaigning after the November election

Second, we could vote our principles first and foremost.  Shouldn’t this be what we do in the first place?

Were that to happen then during the election cycle, all the candidates would need to expand their appeal to as many voters as possible, and not just their party.  It’s likely both the Democrats and the Republicans would now find it worthwhile to appeal to the Libertarian voters in particular, because it would matter.

Were that to happen, we’d have a better outcome for everyone.

But, on the first Tuesday, we’ll see just who happened to be the most popular recipient of votes and not who was the most principled.

And for that, we will all suffer.

You, however can send a clear message.  Vote for Ted Metz.  Vote for him by the hundreds of thousands.  Force the runoff. Make both parties appeal to those that voted for Metz

Then you can vote in the popularity contest in a few weeks and see if it makes a difference with their campaign rhetoric.

The choice is yours.