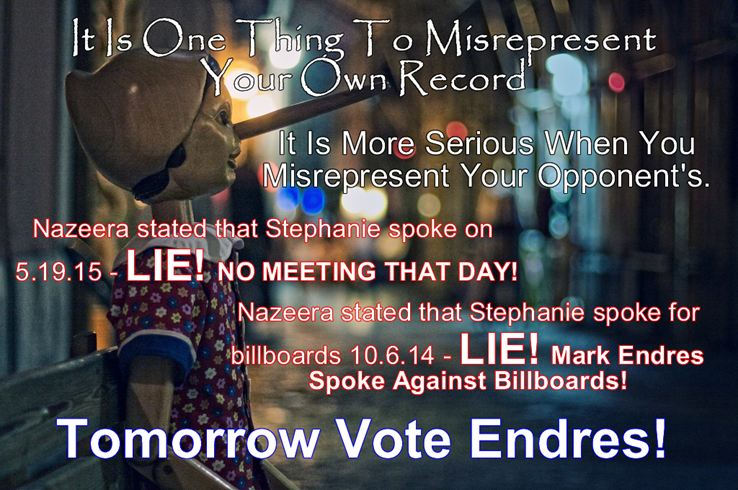 Recently I received a campaign flyer for an opponent of Stephanie Endres that was factually and blatantly untrue.

The image above speaks for itself.

Why would a campaign go through so much trouble so late in the game to say anything except for what their platform might be? Why are so many “conservatives” within the Republican Party here on board with this type of behavior?

This is what happens when everyone claims to be conservative. Measure your candidates carefully. Four years of the wrong choice can cost millions and feel like a decade.

What we need is people who are willing to seek office on a platform of easily understood principles.  As I have said before, we should know how a candidate will fall on a specific issue with a fair amount of certainty each and every time.  Only a principled candidate can do so.

It’s also unfortunate that the Endres campaign had to stop and address these factually incorrect statements.

Voters can make sure tomorrow that we do not encourage this sort of activity in the future by sending a clear message and voting for Stephanie Endres.

For the responsibility to police our own elections is ultimately left up to us.