Johns Creek has a constant claim that the traffic here is bad, although it is NOT the fault of our poorly timed and prioritized traffic lights.  No instead it is because of the growth in areas around us that is the cause of our issues.

So I decided to dig into the numbers looking at what the last ten years have brought us in terms of population growth among Forsyth County, Johns Creek, Roswell, Alpharetta and Milton.  What I found is amazing.

While that is not a surprise the reason is rather simple:  Forsyth County actually started with a much smaller total population than Johns Creek, Roswell, Alpharetta and Milton did ten years ago.  Put simply they started with a lower headcount, which makes their percentage growth look higher.

Annualized Rate of Growth Over The Last Ten Years

There are no major surprises there.  In fact you might look at the numbers for Johns Creek and say “AHA”!  But that is not all there is to this story.

Density refers to the average number of people living per square mile. 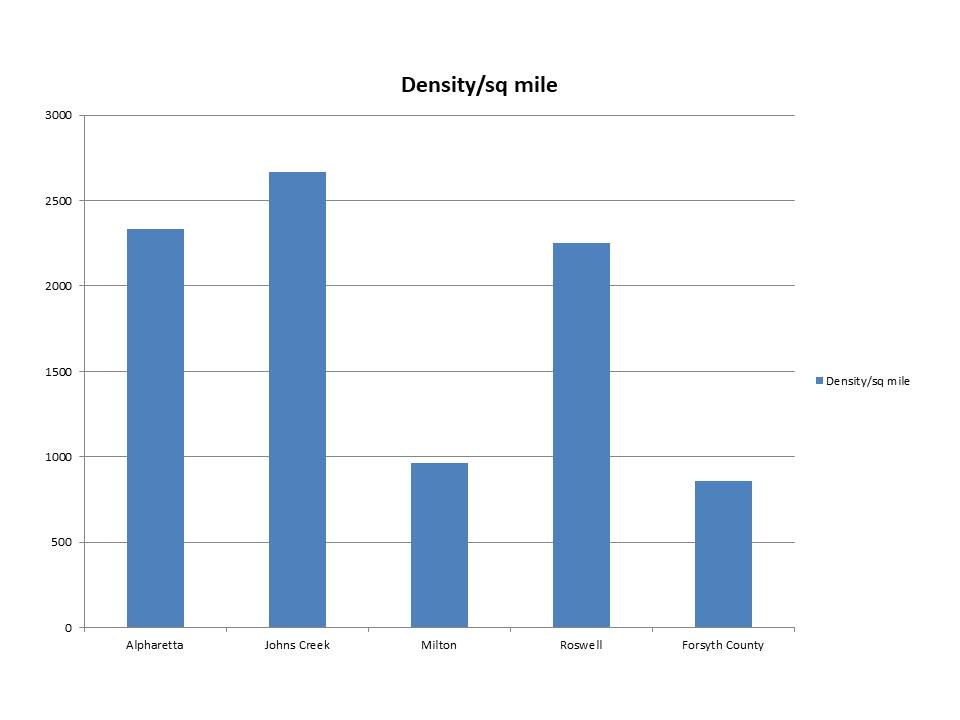 Johns Creek is # 1 in density.  We have today 2665 people living in every square mile of Johns Creek(on average).  We are more than 15% denser than Alpharetta and more than three times denser than Forsyth County.

Now let’s get to the most interesting discovery.  Who has been adding the most people per square mile over the last ten years-Forsyth County or a Fulton City?

Change in Density Per Square Mile Over Ten Years 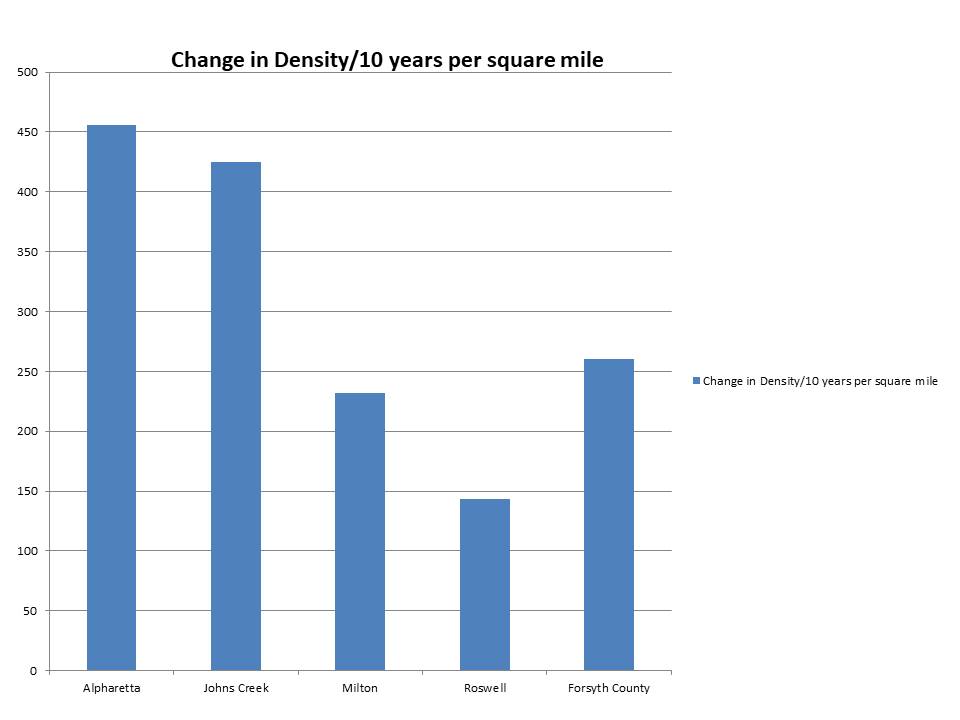 Johns Creek and Alpharetta are already dense and getting denser at a faster rate than even Forsyth County, despite it’s tremendous growth.  Why is that?

It’s the size of the land where the growth is taking place, and the starting point of the population 10 years ago. 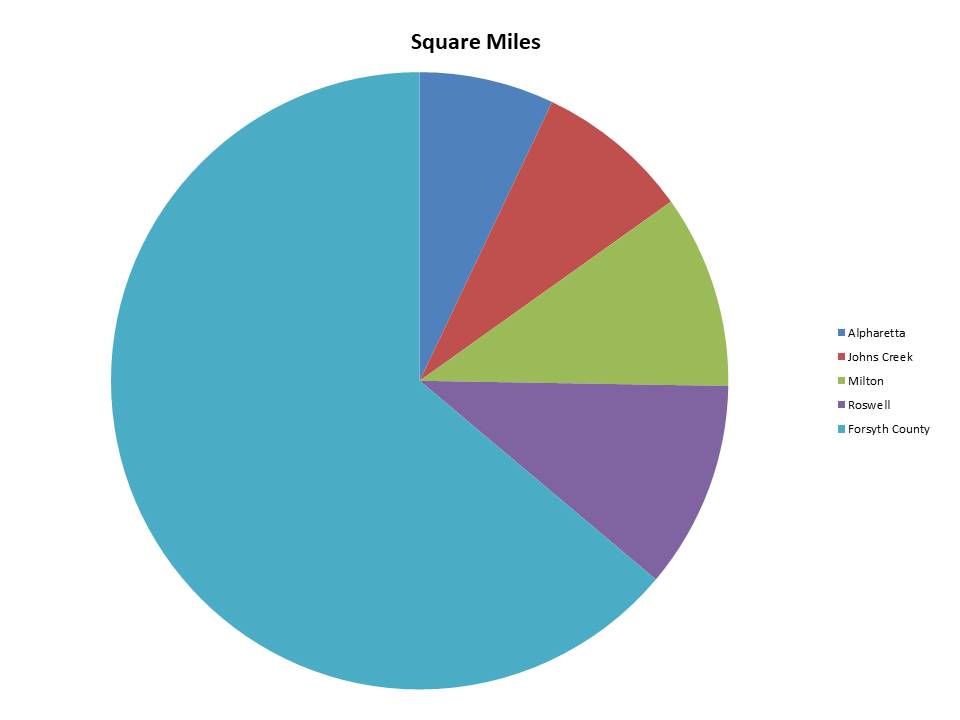 In fact the four cities are adding residents at a rate that is a whopping 20.7% faster than Forsyth County over the last ten years.

Remember our zoning as you look at this chart.  R-3, for instance allows 3 homes per acre.  Many townhome communities have 7-9 units per acre.  That translates to 20-30 more people per acre(which is one of the reasons why the densities are rising so fast in Johns Creek and Alpharetta). 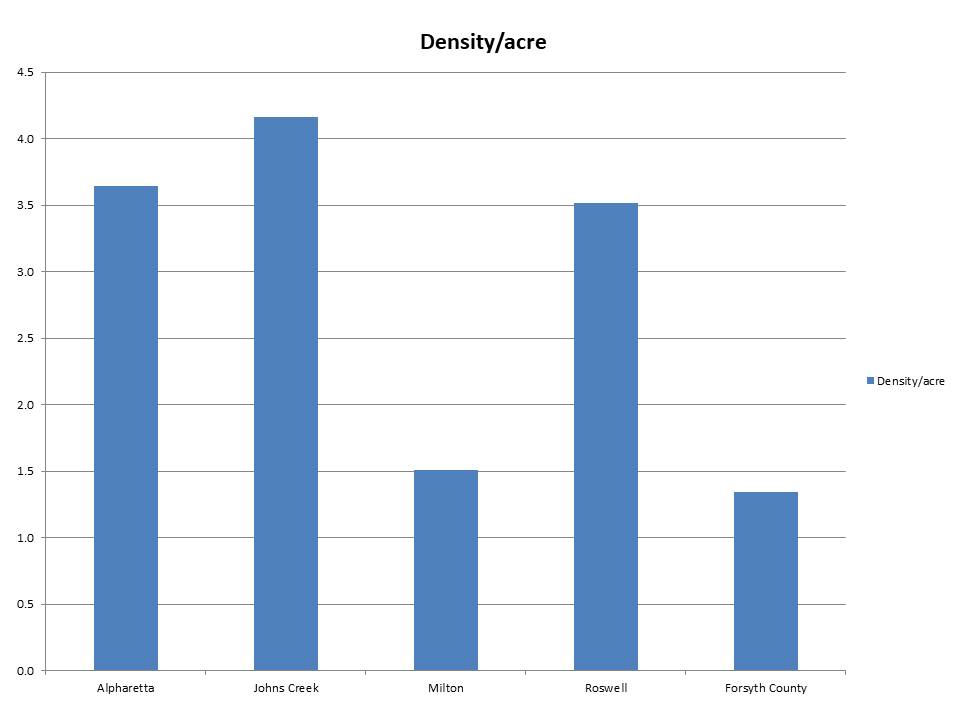 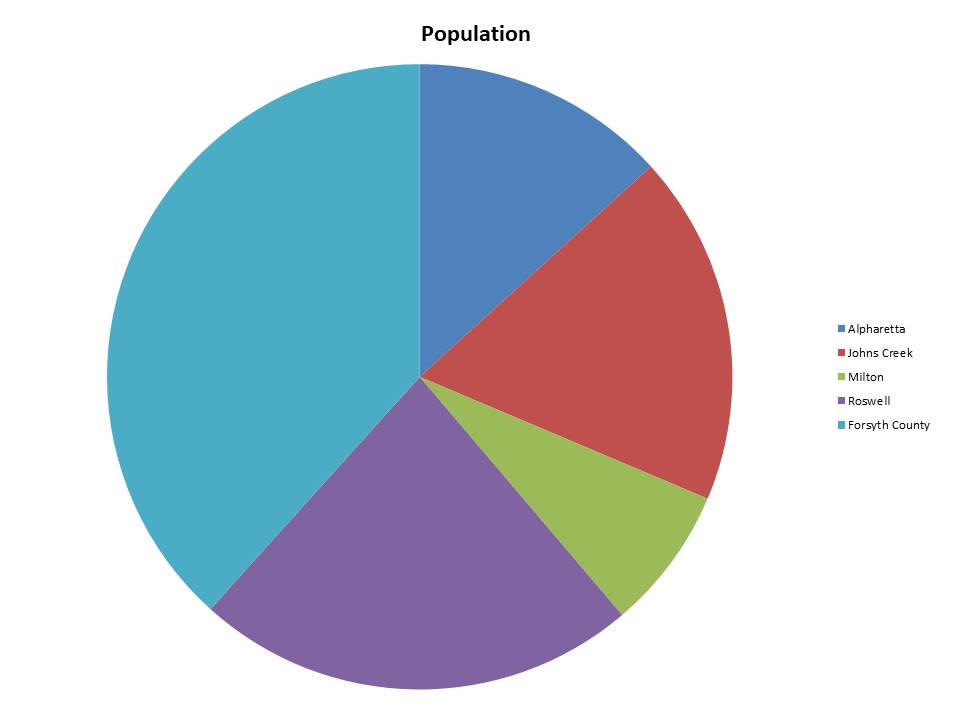 So maybe we better look in the mirror when we start blaming others for our traffic congestion problems.  We are packing in residents faster than they are, and there is no end in sight for this trend.

Is this what we really seek as the future of Johns Creek?  To be the most densest populated City in the area?

4 thoughts on “Digging Into The Numbers: Forsyth County is Not the Cause of Our Congestion Problems(We Are)”