As I wind up the collection of data for 2015, and adjust for the estimates for 2016, it is becoming increasingly clear just how weak our economy is.  The total profit for the Dow 30 Industrials (not per share profit) is now forecast to be below the levels we saw in 2012 for the current year.  We were also below the 2012 levels for the year 2015.

The question I continue to ask is if profit levels are back to 2012 levels, shouldn’t this index also be back to similar levels?  Adjust for the total number of shares outstanding if you must, but then add up the debt taken on to achieve those buybacks, and it is still a bleak reality.  Here is a screenshot of my work.  You can try to spin it how you want.  But there is nothing on tap to jump start this economy into a recovery.

The reason these companies exist and the reasons we value them in the first place is because they can earn profits.  But what happens when they earn less profit than in the past?  Should their valuation continue to move higher?  History says no.

And those forecast earnings for 2021?  Those numbers are just a pipedream.  So be sure to put something good in that pipe.

Something else that you should note:  Look at the data for 2007 and 2008.  The losses we see today in profitability are far worse that what happened in 2008.  Profitability better suddenly improve quickly, because it may just be that we are further into a recession now than we were in 2008. The metrics of the “professional” economists will not point this out for some time to come.

The reason companies go into business is to profit.  They expand their businesses as they make more profit.

What do they do when their profits vaporize? They cut. Everything.

What about your own personal household budgets?  If your income was back to levels last seen four years ago, how would that affect your spending going forward? 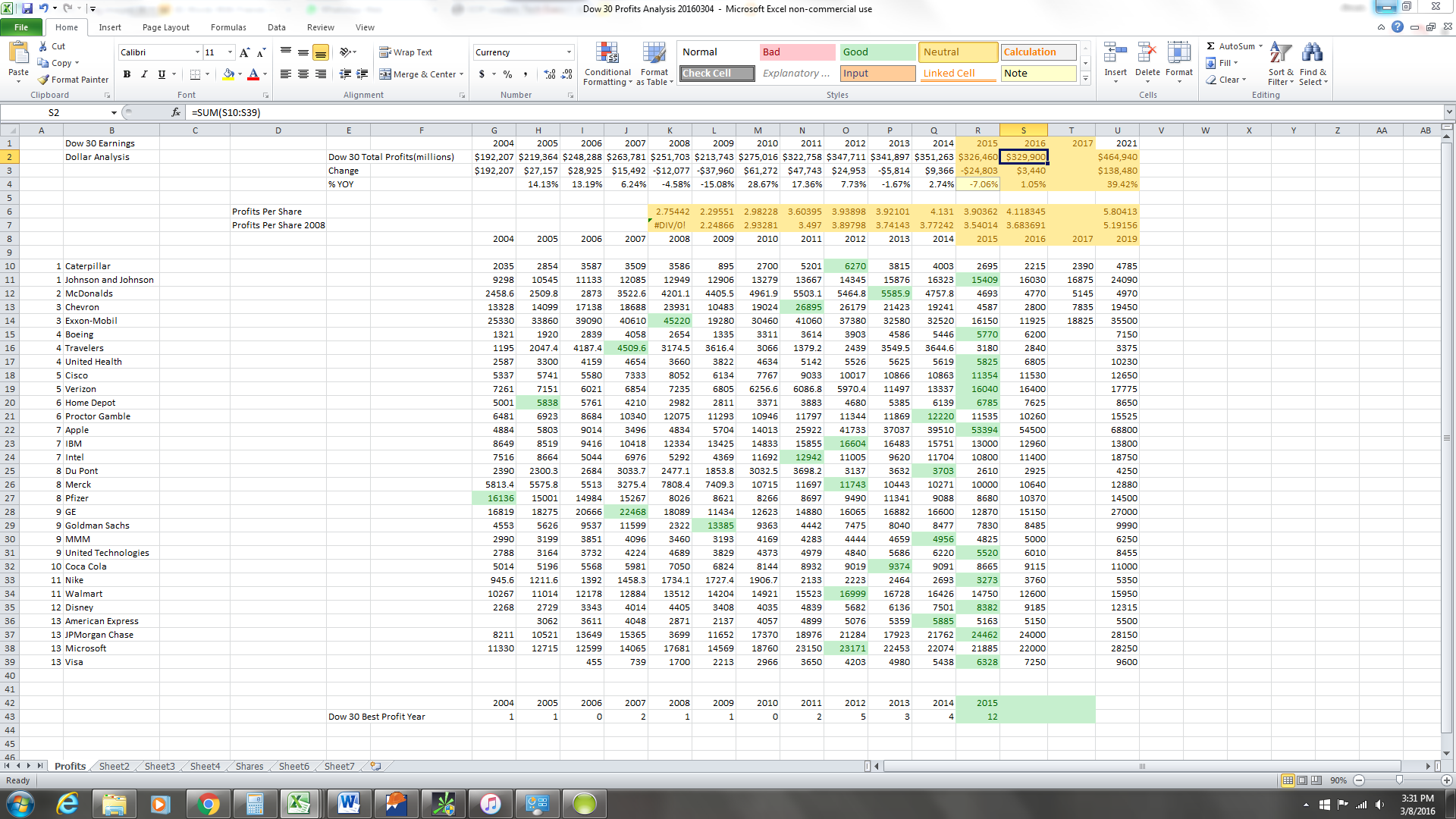