We are seeing hundreds of millions of dollars spent on this year’s election. And a lot of money is being spent to predict what the outcome will be in the fall of 2016.

I have an indicator that has been correct 9 of the last 10 Presidential elections, and the 10th can be explained with relative ease: Richard Nixon and Gerald Ford.

How is that possible?  Corporate Profits after taxes is an amazingly easy concept to understand.  It’s an overall look at just how the economy is doing.  After all, if companies are not growing profits, the people that work for these companies will experience the stress and duress of an unsteady economic environment. END_OF_DOCUMENT_TOKEN_TO_BE_REPLACED 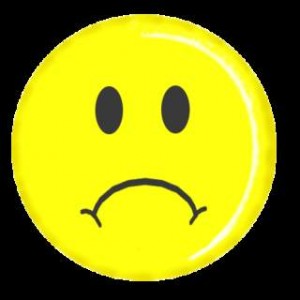 It’s becoming harder and harder for the Federal Reserve to continue selling us on the idea that things are getting better and better.  One of my built from scratch spreadsheets shows the profits in total dollars for the Dow 30 Industrials.  The numbers continue to get bleaker for how 2015 really was, and now the forecast for 2016 is now showing that 2016 will be weaker than 2015.

Have a look at the following data, which I have completed updating today.  The outlook is not good.

We have actually given back five years of profit growth and are now back to where we were in the 2011 time frame.  Which makes me ask the question why are you paying record prices for companies that are earning what they did five years ago?  When will the price correction occur?  Your guess is as good as mine.  But when the stampede heads for the exits, you will wish you had already left the playing field.

At what point are we really going to admit that the US economy is headed in the wrong direction.  If things were better, there would be profit growth.  There isn’t.

Last evening the four living individuals who have headed the Federal Reserve and are still alive had gathered to discuss the economy in New York City.  There was a comment made by Bernanke that there is a 15% chance of a recession in any given year.  And he emphasized that there is not a greater chance of recession the longer you go between recessions.  The risk is still 15%.

Unfortunately his logic is wrong.  If you are in an economic situation where profits are falling, GDP is flat, and things are not getting better, you will indeed have a recession.

Corporate profits drop prior to recessions, not after they have officially started.  One day they may wake up.  Until then, I hope you are paying attention and are prepared for what is coming.