Rand Paul faces a series of major decisions. He has lost the edge he came into office with. His positions are dulling as he listens to advisors that tell him he needs to be more inclusive. WRONG WRONG WRONG.

Paul needs to be so clear on his positions that anyone(and I mean anyone friend or foe) knows where he stands and what his reply would be.

Rand has made some critical mistakes along the way. But he is still young. Let’s see if he can learn from them and correct his course.

Let’s face it. This was a mistake. Rand showed us that his loyalties were to the party and a fellow Kentuckian, even if that Kentuckian was wrong for America. And since then we have paid a heavy price for this choice. Rand could have had another ally in the Senate had he not supported McConnell.

2) Take a hard line on the border and illegal immigrants. Libertarians support an open border ONLY if crossing it does not come with food stamps, welfare, housing and medicare. Crossing the border into the US should not mean you get all the perks of citizenship.

Donald Trump has shown clearly that this is the single biggest issue we all have at this moment. We have been told for decades that something would be done. It hasn’t. The needs of law-abiding citizens are secondary to the wants of illegal aliens. And we are being bullied from all directions that we must accept illegals. We do not. If your native country sucks, I am sorry. But it’s NOT my problem.

3) Start attacking the Fed. The Fed has painted themselves into a corner. We are screwed. If you cannot make the most of this opportunity, you never will.

We are on the cusp of a major economic event. The Fed is at the root of the problem. It’s going to be hard. But we must remove our economic outcome away from the idea that printing more money, and borrowing future demand to shore up businesses today is the answer. Our future is dismal if we do not act soon. It may very well be too late. But Paul can boost his standing by continuing to highlight the mistakes the Federal Reserve is making(and who is getting rich on their coattails).

That will be a fatal mistake to his campaign. There are 15 flavors of vanilla being offered by the Republican slate. And then there’s Trump. Rand needs to show what his true flavor is.

Paul has potential. He has shown courage. But he has faltered over the last twelve months. I suggest he pause and look around. Are those advising him of what he needs to do palying inside the box? Or are they thinking outside the box?

This game will be won outside the box. So why continue to play inside the box? 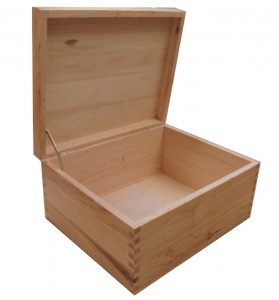