It’s the “United States of America”

Yes, you read that correctly. People read words and phrases and never think of the meanings of the words. Notice carefully my liberal friends. We were meant to be a loose collection of states.

Each state would set their parameters for functioning. And if you did not like it, you could move to a state you did like.

It’s NOT the United Citizens of America

There are those among us that want the President of these United States to be elected by popular vote. But that is NOT the basis for which we formed this nation. A popularity test is no way to run a country. Why even bother with state borders if you like that concept?

The ONLY way to get the smaller of the 13 colonies to go along with forming “a more perfect Union”(notice it does not say perfect) was to insure it was NOT going to be majority rule.

All, too, will bear in mind this sacred principle, that though the will of the majority is in all cases to prevail, that will to be rightful must be reasonable; that the minority possess their equal rights, which equal law must protect, and to violate would be oppression.

That is what we are and what we must strive to be. The smallest of minorities, the individual, MUST have there rights protected. And those rights are enumerated in the US Constitution

To allow the majority to strip away those rights would be a grave mistake. You would effectively be owned by the majority.

“Being on the side of the majority is often a sign that you are wrong, or the most unlikely to be right.”

You Were Lied To In School

How many times were you told that you lived in a democracy? You do not. You live in a Constitutional Republic.

When you live in a democracy without the protections of a Constitution you are owned by the majority. Whichever side makes the most persuasive arguments wins.

“Think of how stupid the average person is, and realize half of them are stupider than that.”

The More People Vote The Better The Outcome

Nothing could be further from the truth. The more people that vote the more average the outcome will be. Guaranteed.

Imagine a society where everyone was required to vote. We are frequently told that “Every Vote Counts”. Yes it might be counted, but it will also lead to worse outcomes and not better.

Voters are not experts on every topic. It’s likely most people cast votes for individuals based on name recognition only . Is that what you want to decide issues that will affect your life, your income, your safety, and your freedom? Name recognition?

Please do not rely on campaign signs, mailers, or newspaper articles to pick your candidate. Go or watch just a few public debates or forums. See what they say, how they say it and if they know what they are talking about.

I voted for individuals currently on the Johns Creek City Council that I was and am still appalled at their arrogance, ignorance and general lack of respect for their constituents..

And I based my vote on their campaign mailers. I’ll never vote blindly for a candidate again.

I hope you do not, either. 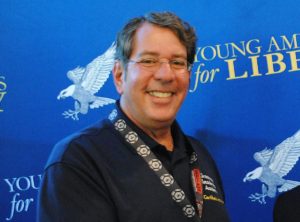